After an especially long, tortuous process, the International Olympic Committee is expected to award the 2024 Olympics to Paris on Wednesday with a vote in Lima. Lone rival Los Angeles will get the 2028 games. 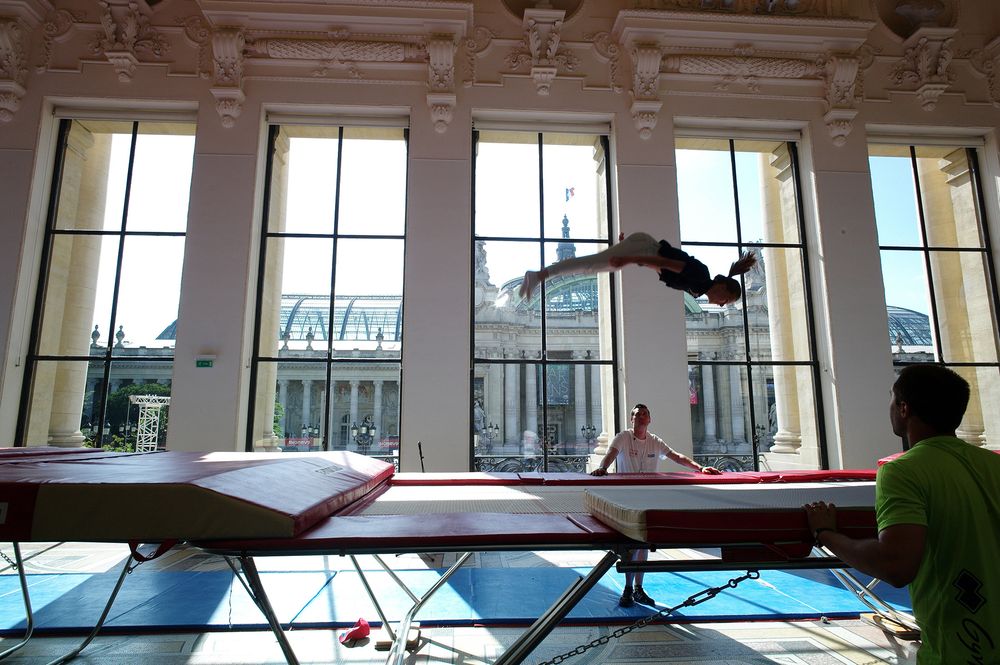 To celebrate the official selection as host, Paris is planning an open-air concert and live event near the Eiffel Tower. French companies are also feeling festive, eyeing the estimated 6.6 billion-euro ($7.9 billion) the city expects will be spent to prepare the world’s biggest sporting event.

“It’s extremely positive,” said Martin Bouygues, chief executive officer of Bouygues SA, the country’s second-biggest builder and a sponsor of the Paris bid. “The games are an opportunity to upgrade existing infrastructure and develop new ones.”

A total of $3.2 billion will be invested in new sites, with most of the money coming from private sponsors, the IOC and tickets sales. A study commissioned by the city estimated the games could generate up to 10.7 billion euros for the region and 247,000 jobs.

“The Olympic games is a project for all of society that pulls in all sectors,” said Paris Mayor Anne Hidalgo during an interview before the vote. “It will accelerate our move toward a greener, more inclusive economy.”

Hidalgo brushed aside the specter of decaying stadiums and abandoned installations in former host cities from Athens to Rio de Janeiro. Sitting in her vast, gilded office in the city’s historic town hall, she insisted France will create lasting benefits and will work with companies to ensure the games stay within the budget, which stands at less than half the cost of Rio and includes a 1.5 billion-euro contribution from the French state. 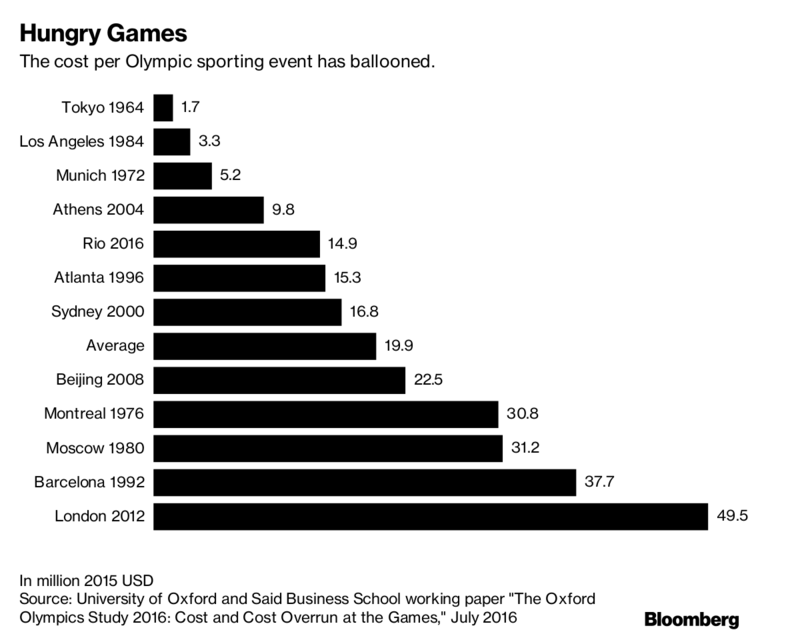 Most of the sports and housing installations already exist, she said. Anything else could boost activity for local builders, including Bouygues, Vinci SA, Eiffage SA and Cie. de Saint-Gobain SA, a supplier of materials like glass and drywall.

She also pointed out that a planned swimming pool in the suburb of Saint-Denis will be open to the public after the games and accommodation for media and athletes will be converted into low-income housing.

Other mayors and host cities have tried -- and failed. The summer games have blown their budgets by an average 176 percent between 1968 and 2016, according to researchers at the University of Oxford and the Said Business School. The total projected pricetag of the next event, the 2020 games in Tokyo, has nearly doubled from its initial bid to $12.6 billion, despite a pledge for fiscal austerity.

The problem, said Alexandre Delaigue, an economist at Lille University, is that would-be organizers tend to understate costs in order to win their bid. Especially at risk for cost overruns is the large public transit upgrade dubbed Grand Paris which is now on a more aggressive timetable in order to for part of it to be ready for the games.

“Infrastructure that works for Olympic athletes could also be ill-adapted to the daily lives of citizens,” Delaigue said.

President Emmanuel Macron had pledged to halt investment in large infrastructure, but Grand Paris “won’t be questioned” because it’s needed for the Olympics, said Eiffage CEO Benoit de Ruffray. Natixist analysts have said his company will be the top beneficiary of the games because of its high relative exposure to the French market.

The budget doesn’t include the cost of security, which could be especially important due to the risks of terrorism. French authorities will use 48,000 agents for off-site security, while private contractors will have 20,000 on the inside, said Christophe Delaye, the Paris police commissioner in charge of the games. That compares with a total of 90,000 security officers mobilized nationally for the Euro soccer tournament in 2016.

In addition, the Olympics could also boost makers of cameras, drones and other surveillance equipment, such as French company Thales SA. “The games will be an opportunity to accelerate the use of new technologies,” he said in an interview.

Aeroports de Paris SA, operator of the city’s main airports, will also benefit from the planned express train connection between the Charles-de-Gaulle airport and the city center, according to Natixis.

The city is planning a clean-up for the Seine River for open-water swimming and triathlon events at the foot of the Eiffel Tower. The games could also provide a maker of water-taxis called Seabubbles with an opportunity to showcase the vehicles and possibly find operators to start services along the waterway, Hidalgo said.

The mayor cited Sydney, London and Barcelona as good examples, with the Spanish city refurbishing its waterfront before its games. “Every euro will be useful. We’ll demonstrate that the games aren’t just a cost,” she said.